A workshop (in English translated as the Fish Disturbance Performance) that was developed with Den Kulturelle Skolesekken Lab through Oslo Kunstforening and Fotogalleriet in September 2021.

At Oslo’s Humanistskolen the students participated in a Coral Trout styled parade about the climate crisis and the attention economy. The majority concealed their identities by wearing orange and blue masks or clothing, whilst others dressed as “capitalists” that fought over play money which got thrown into the public space. Other students performed as “influencers” and were creating selfies during the performance, whilst other students took documentation with their mobile phones. 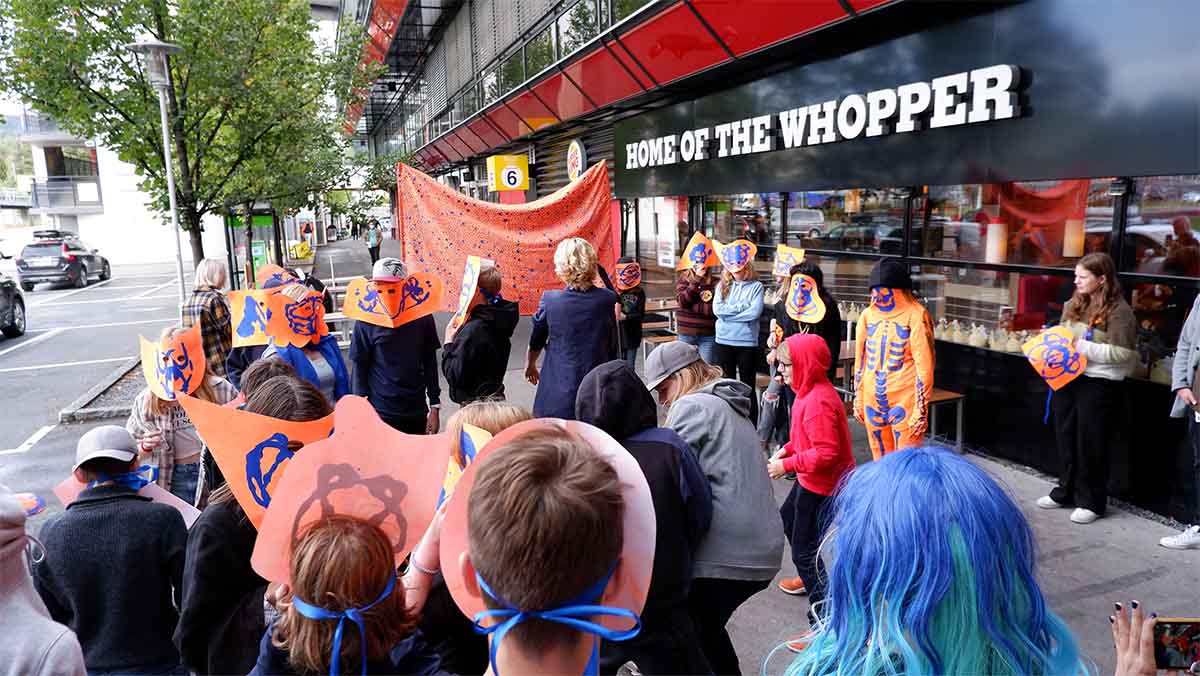 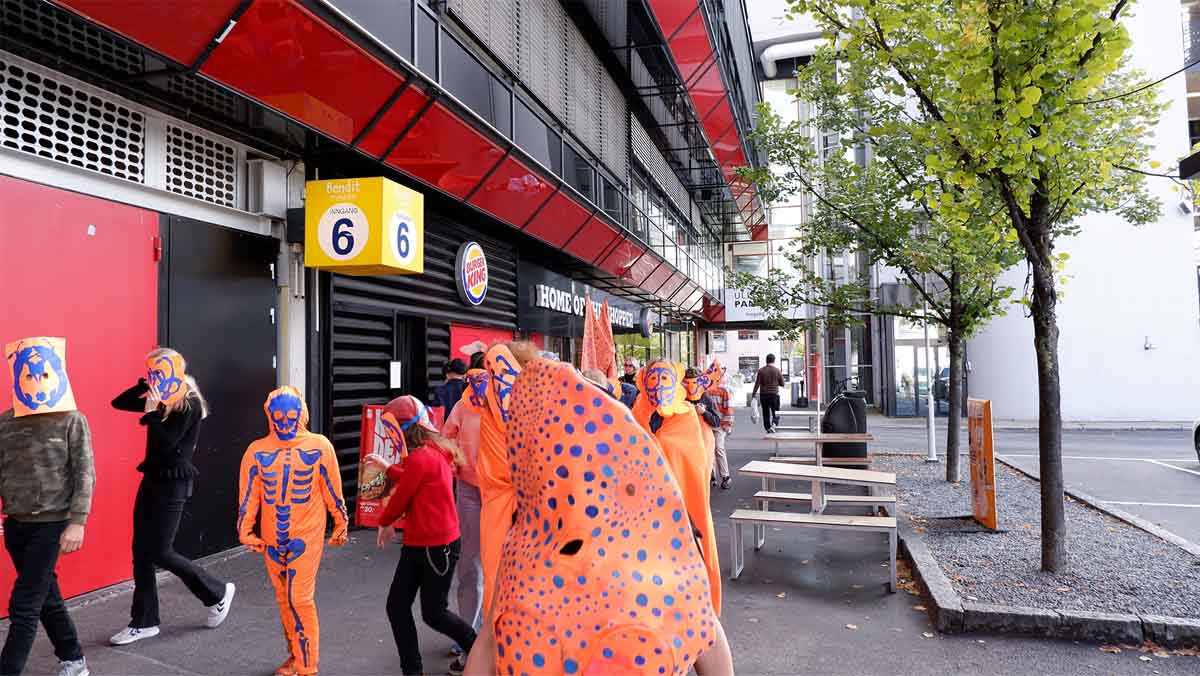