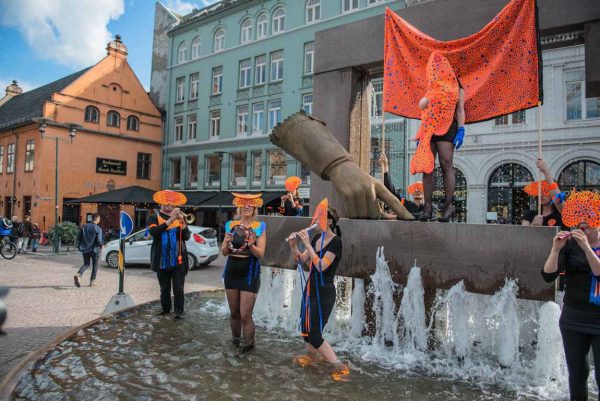 Performance at the opening of Østlandsutstillingen, Oslo on June 6, 2015.

A procession involving 13 participants- most playing loud, obnoxious, improvised music on the tuba, trumpet or recorder.
Beginning inside the Richard Serra sculpture at the Museum of Contemporary Art, the parade entered three galleries: Galleri LNM, Tegnerforbundet and Galleri BOA. Inside each gallery, a drawing with a Coral Trout seal was nailed onto a wall near the entrance. The drawings all featured the word “Hello” and were a calling card for the Coral Trout. The parade ended in the fountain at Christiania Torv with the Coral Trout standing next to a sculpture of a pointing glove and revealing a human breast. The fountain marks the site where in the 1600s the Danish King, Christian IV declared the site of new city of Christiania (Oslo) by pointing his gloved hand to the ground.
A performance about attention, identity, narcissism and distraction.
Photos by Jon Marius Nilsson 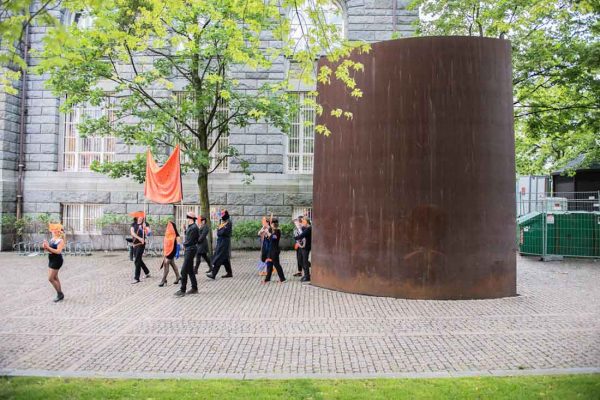 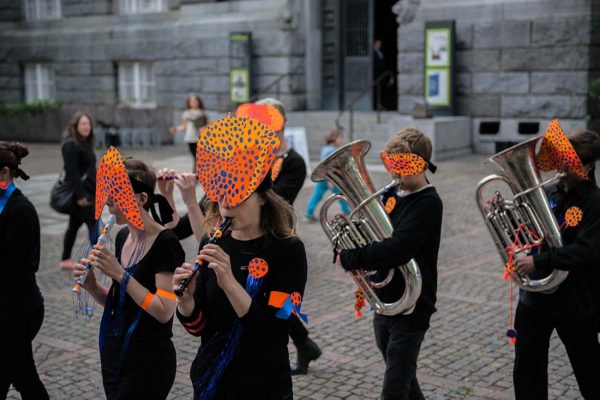 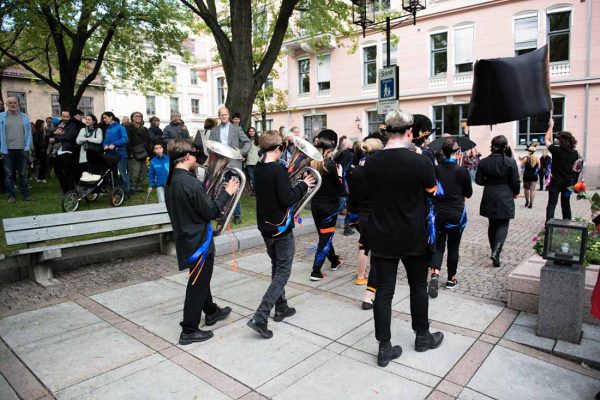 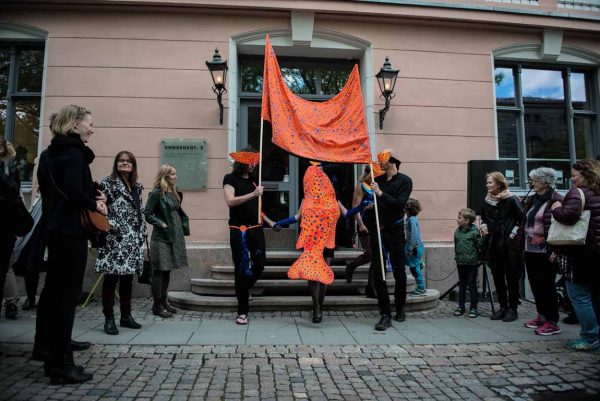 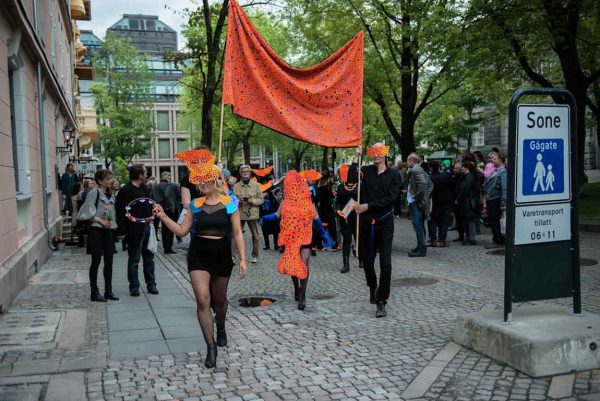 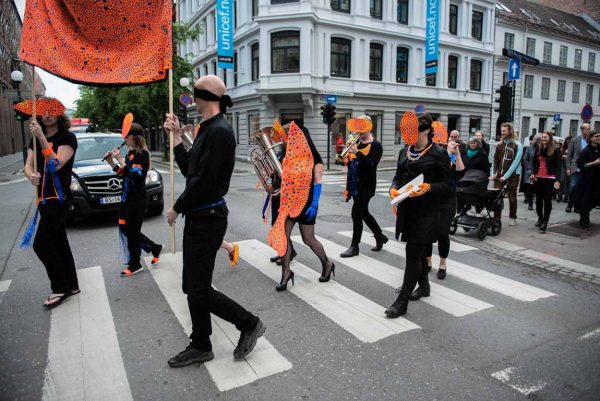 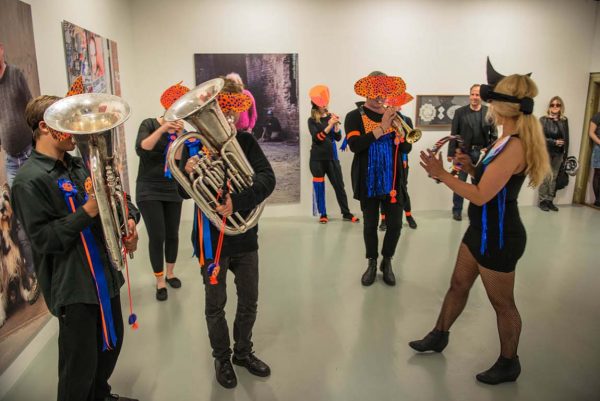