Taking place in January 2020 at SALT, Oslo, “Midtvintersblot” was a reworking of the old Norse tradition of sacrificing a horse at the end of the Jul (Scandinavian Christmas) period in order to give thanks and ensure good fortune over the next few months. The blot was held in a giant sauna at SALT, Oslo and the audience covered themselves in gold leaf, mud and porridge. The happening began with an astrology reading by Benedicte Beldam and performances by Miss Poppy Cox and Antochrist from Berlin. At midnight “Witchin’ Kitchen” with Kornelia Remø Klokk and Kirsty Kross performed. The happening culminated with the burning of a golden horse representing the one percent to music by “Anthropocene Punk Bitch” with Sigrun Larsen and Kirsty Kross. The happening also featured water installations by Stan D’Haene. 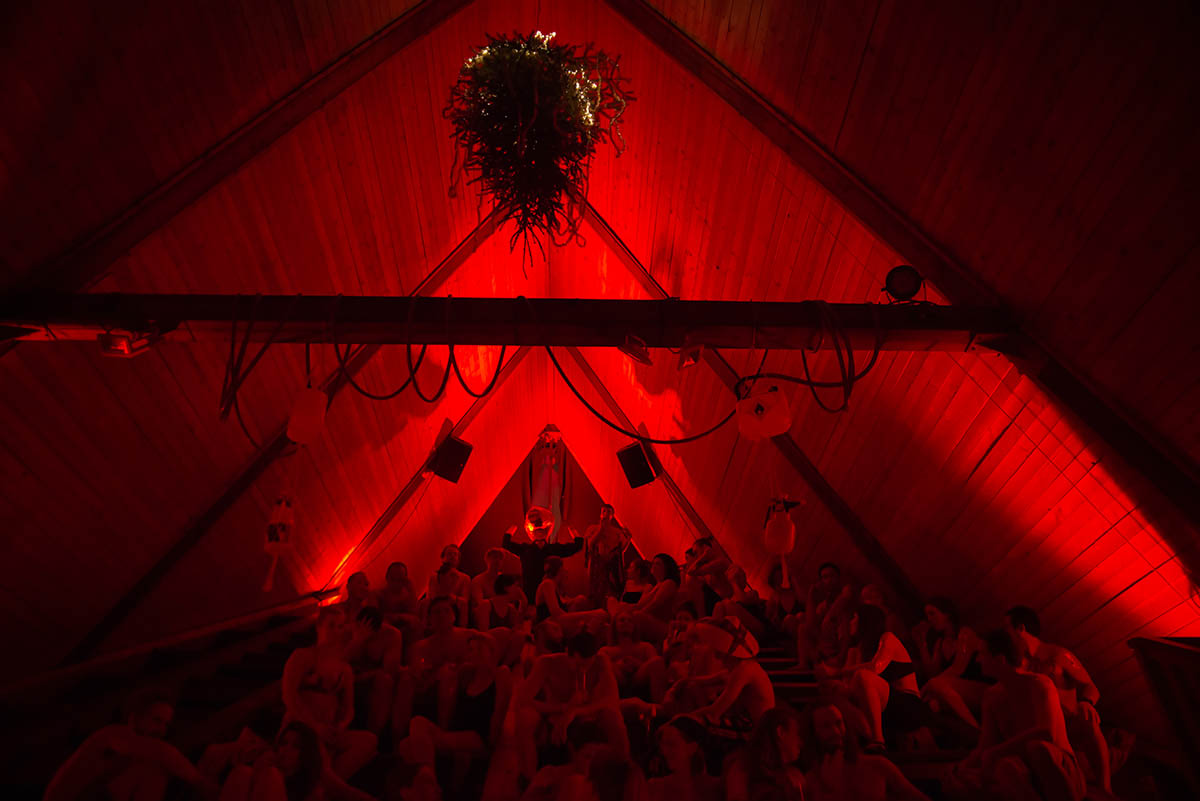 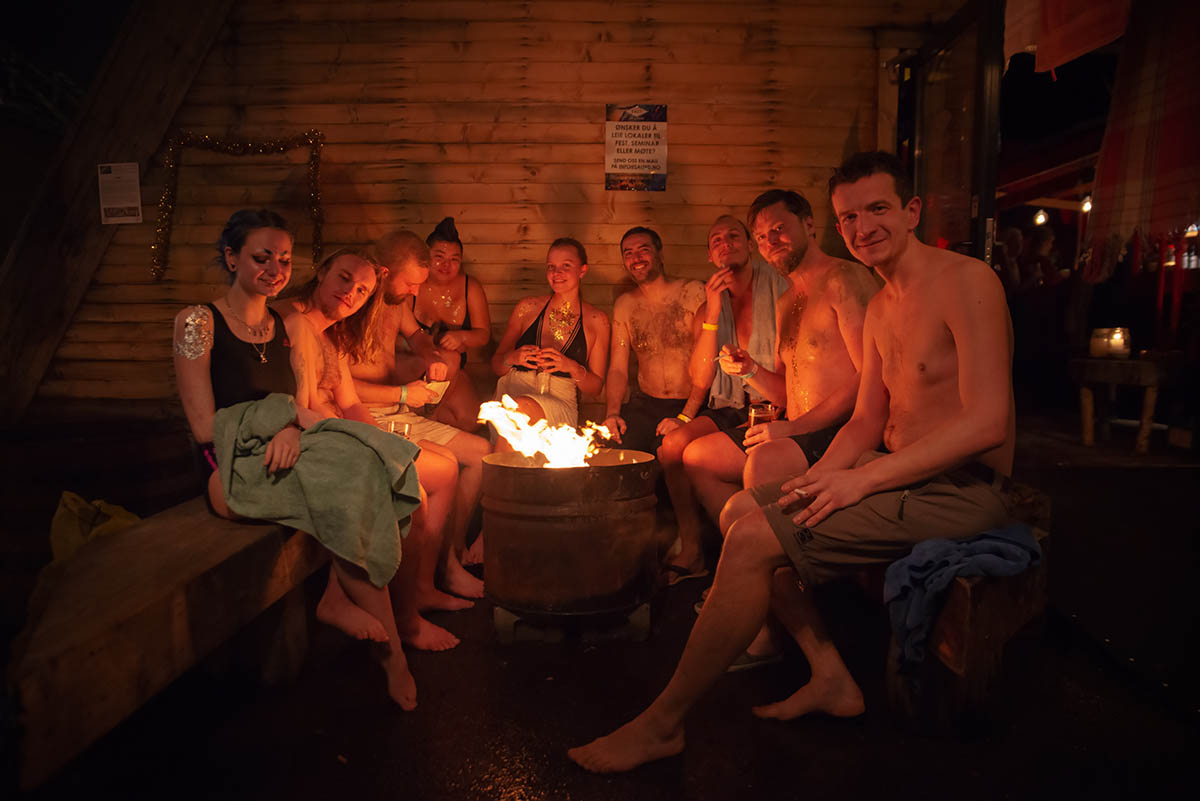 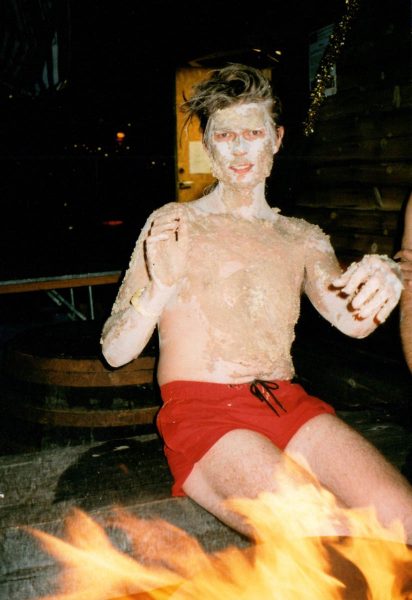 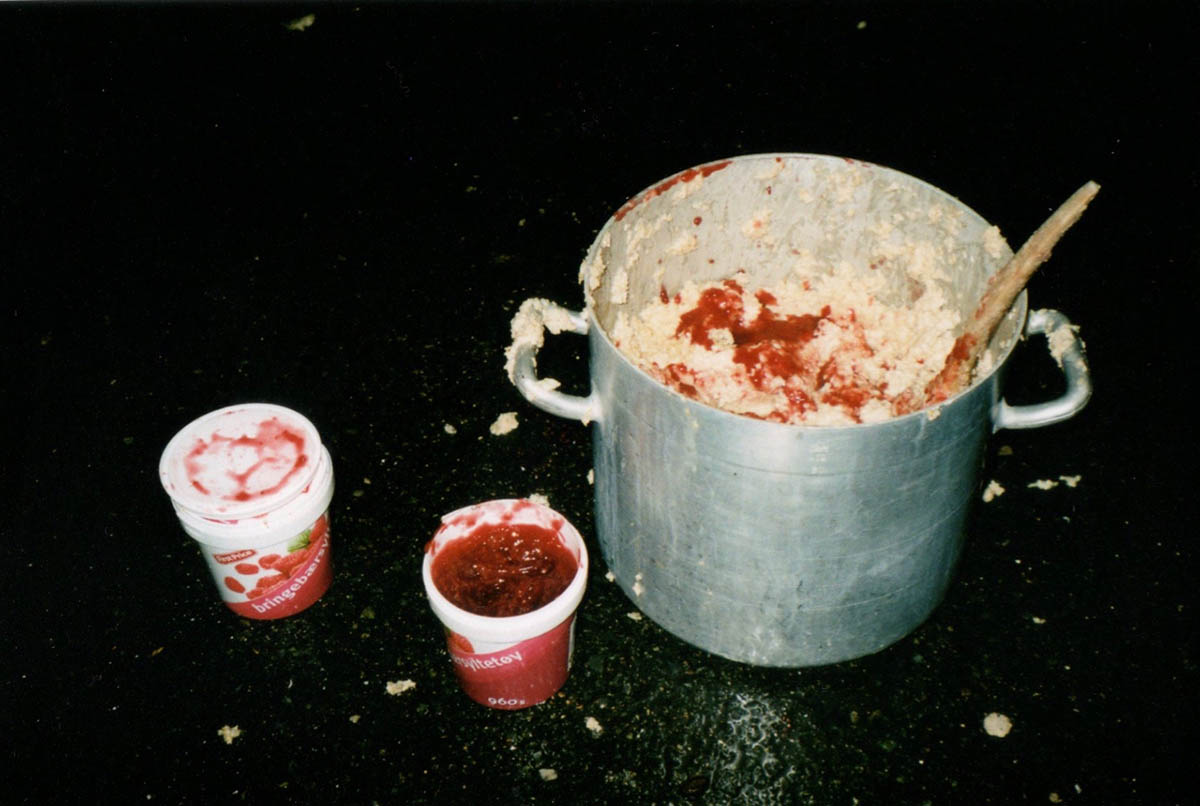 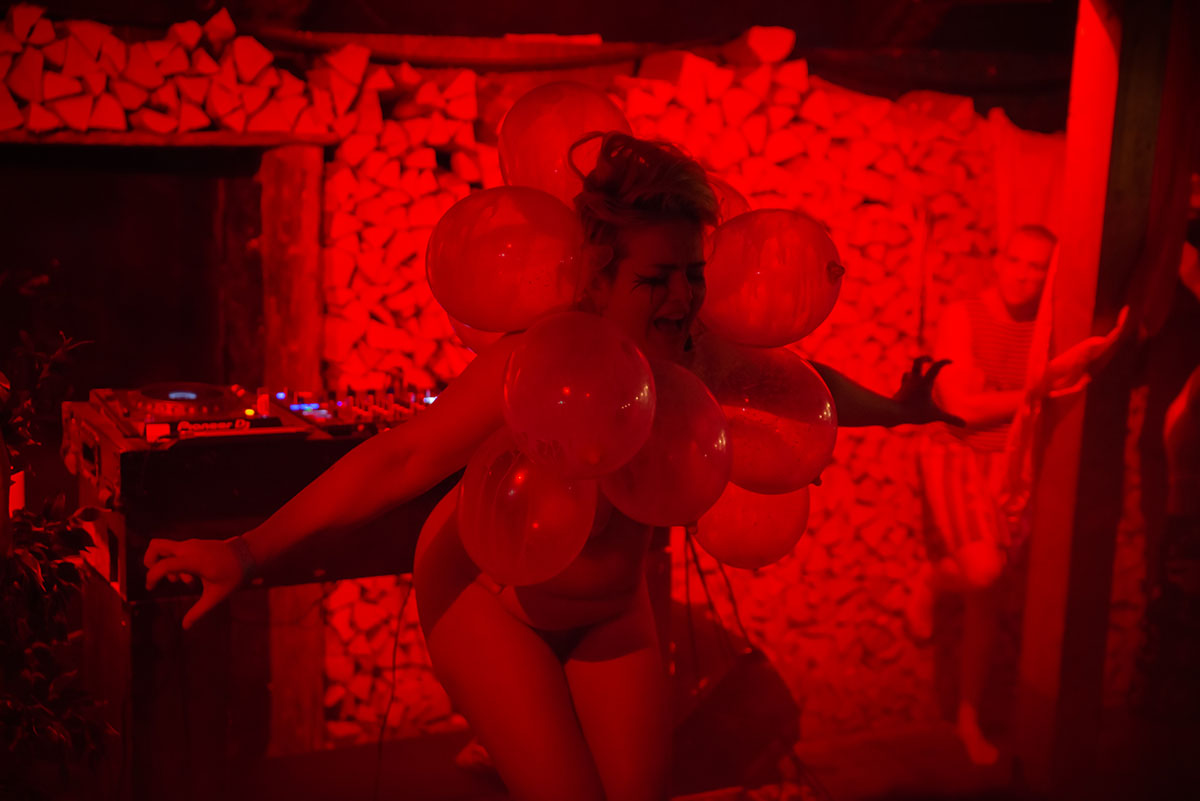 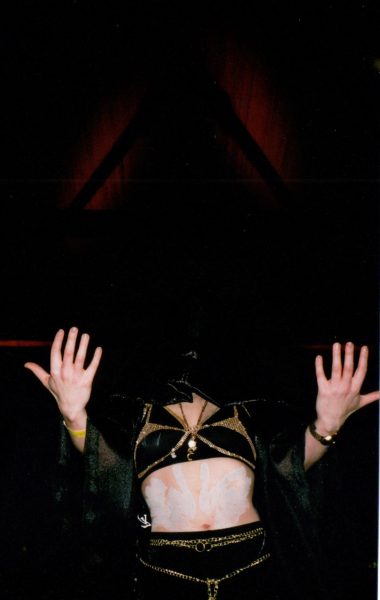 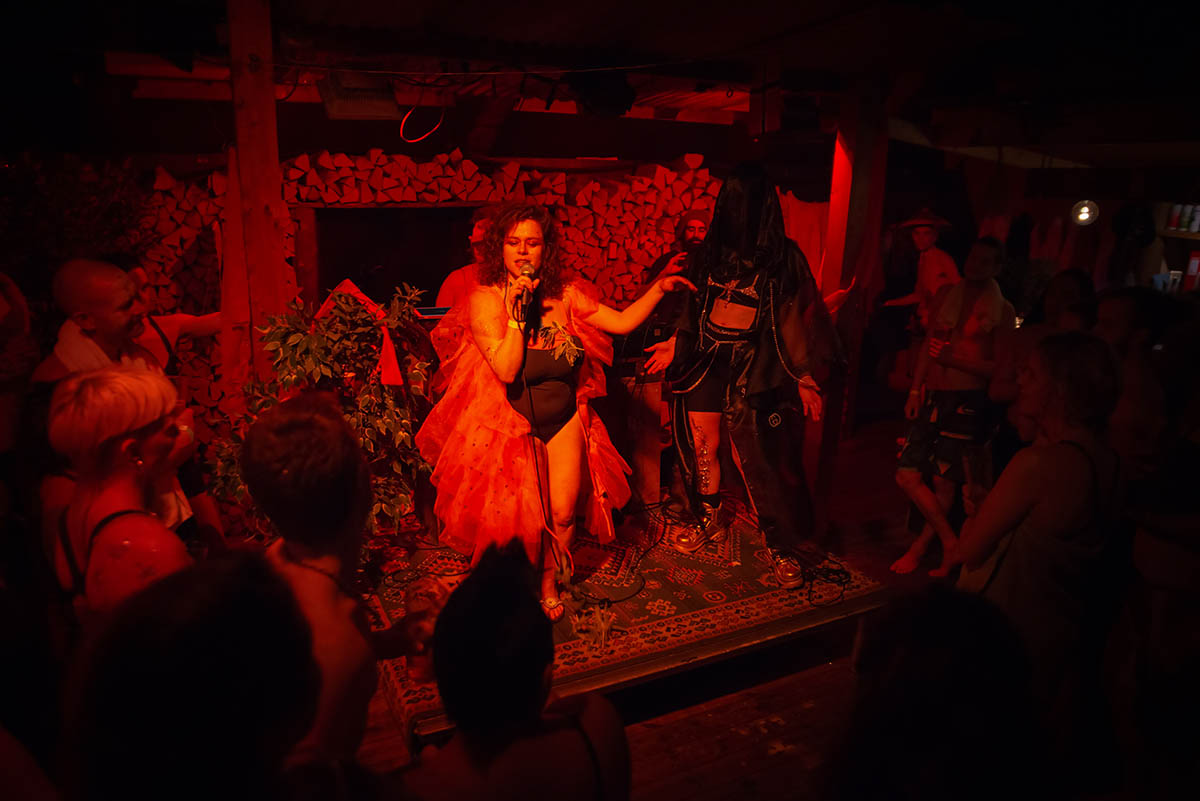 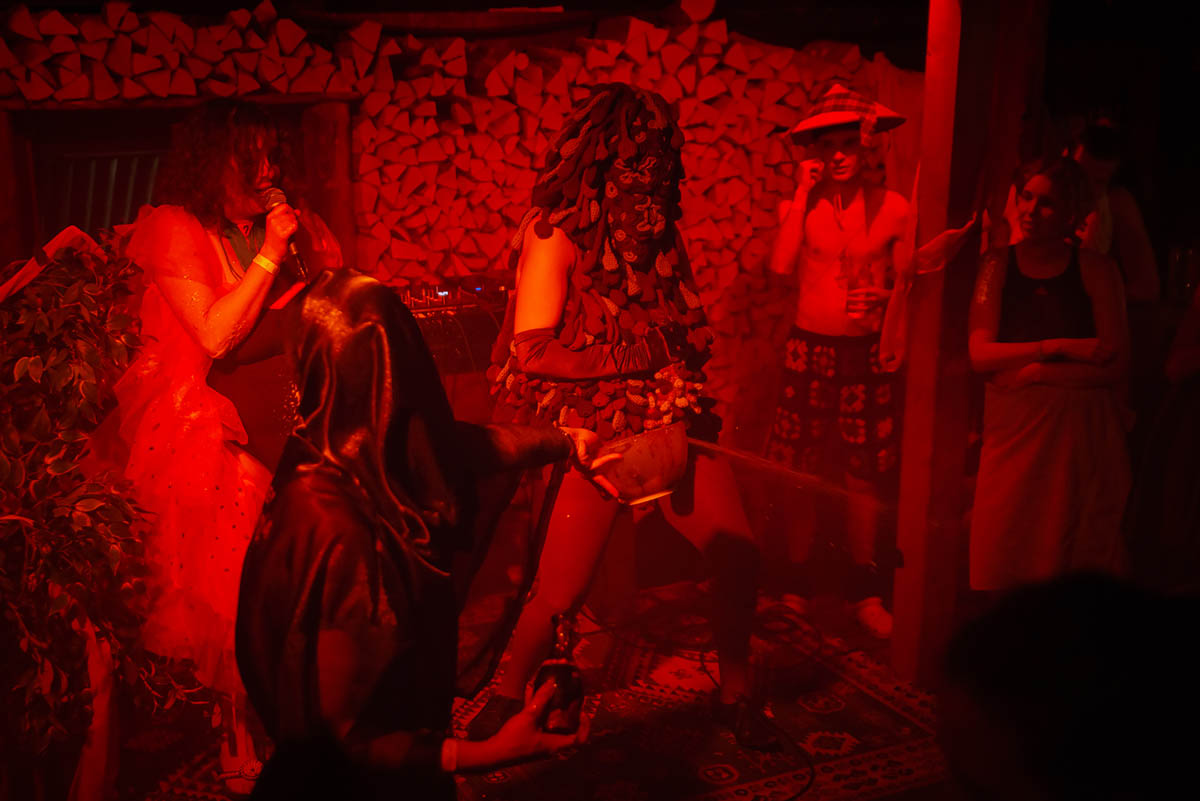 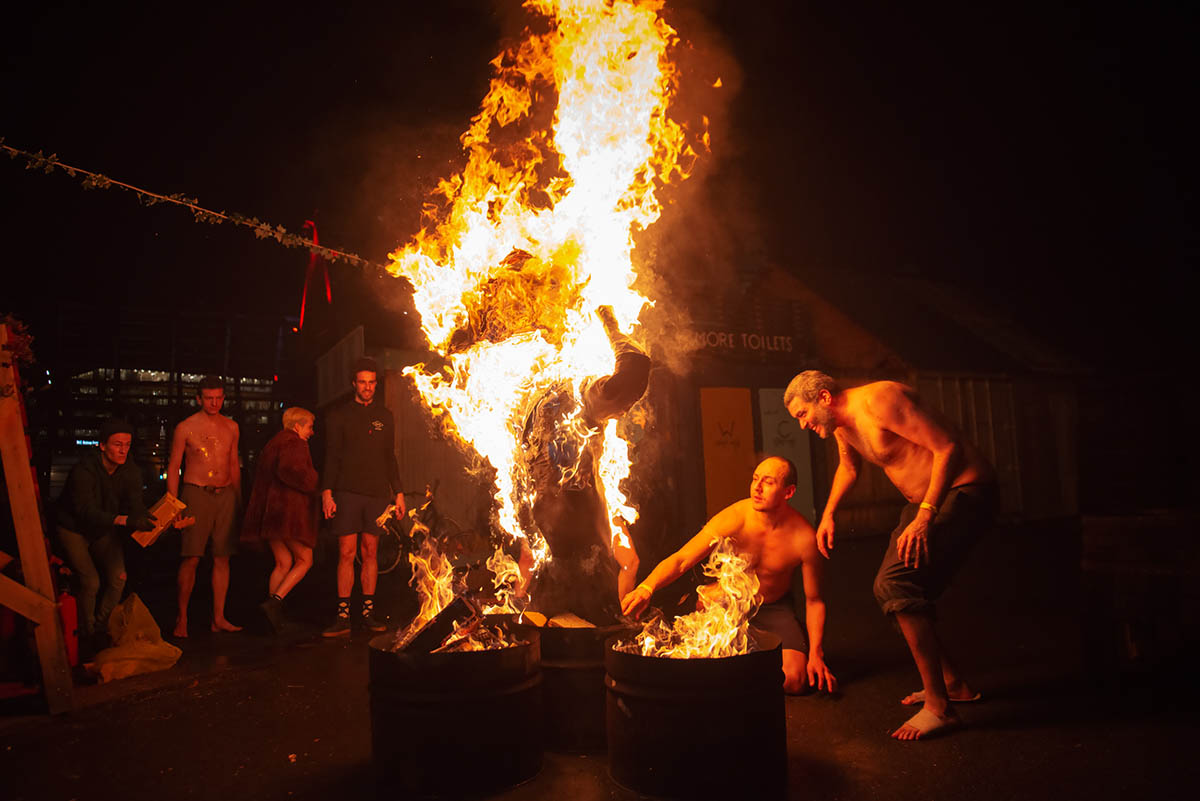 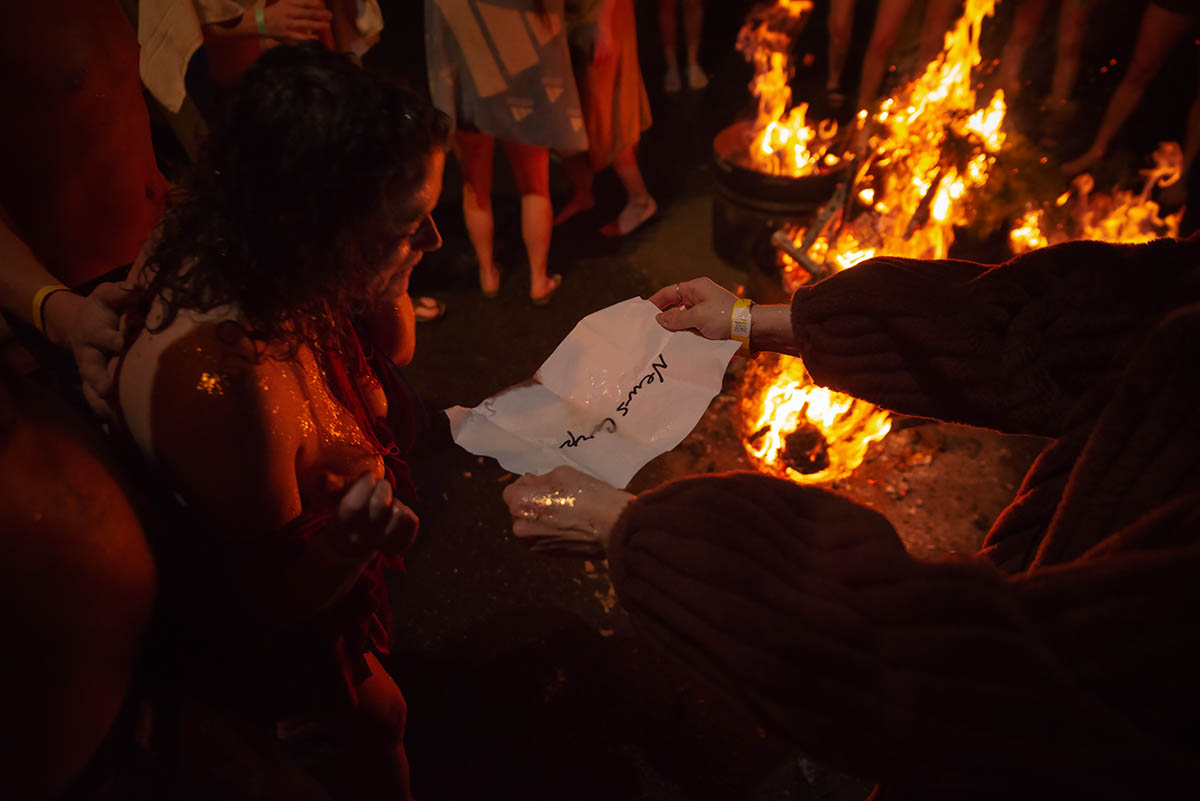 Sending messages to the universe 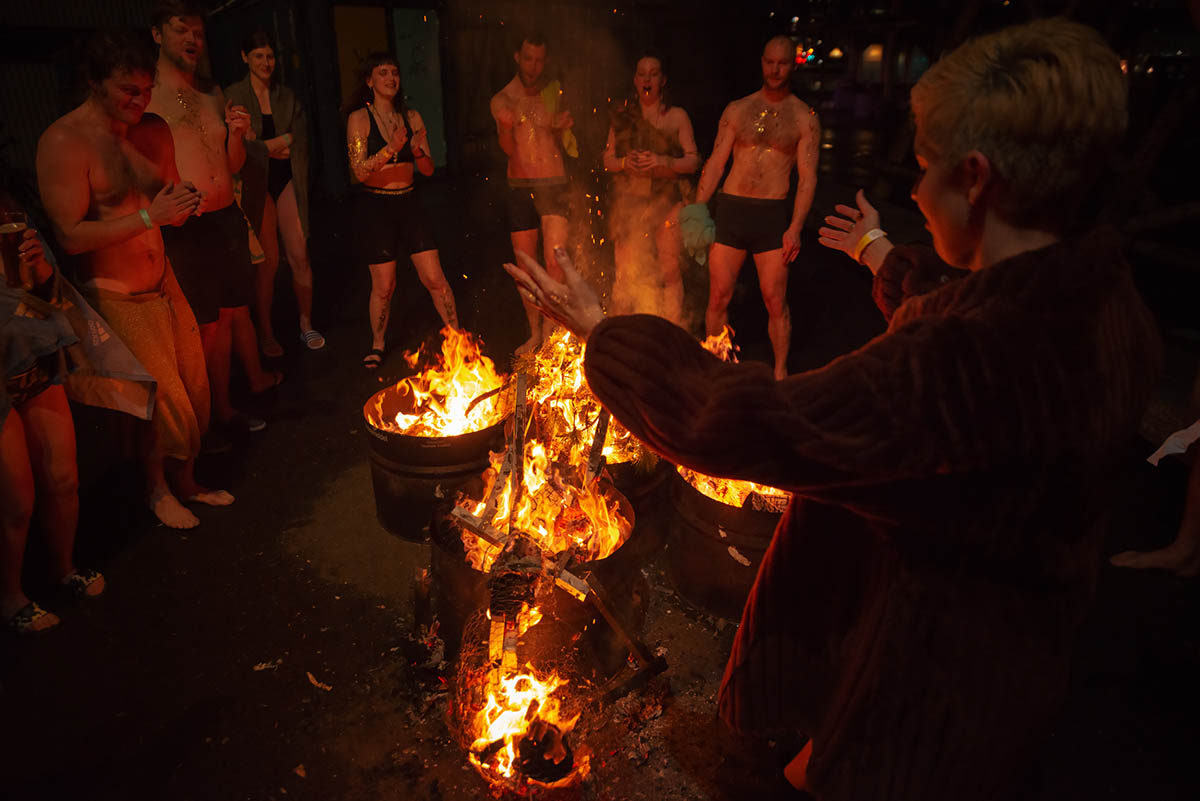