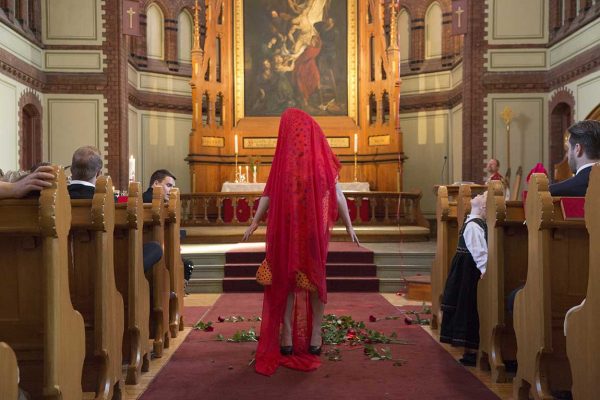 A lecture performance during the Sunday Service at Sagene Church in Oslo as part of the Kunstnerprekene series of performances curated by Liv Kristin Holmberg. The performance was held on day of the Pentecost which marks the birth of the Christianity in which early Christians were imbued with the holy spirit and spoke in tongues. I researched how various forms of Christianity celebrate the Pentecost and in doing so, used symbolism such as the colour red.

In collaboration with the priest, organist and other members of the Church, I discussed my development as an artist in connection with spirituality and fish. In doing so, I talked about the pre-Christian meanings of the fish symbol which dealt with femininity, fertility and regeneration. Later when Christianity adopted the fish as a symbol, these meanings were removed. I suggested that perhaps Christianity may look at these ancient meanings as the fish, the environment and the Spirit in things is being overlooked due to the human centric approach to the environment which Christianity endorses. Donning a 3 metre silk veil, I became an embodiment of the Spirit and I said “We need to love the Spirit” in several languages. Whilst I said this, red roses were thrown through the dome and the organist played an abstract version of what he thought God sounded like. Afterwards I sat in a chapel and children (who on that day were dressed in traditional Norwegian dress) could draw what had occurred. 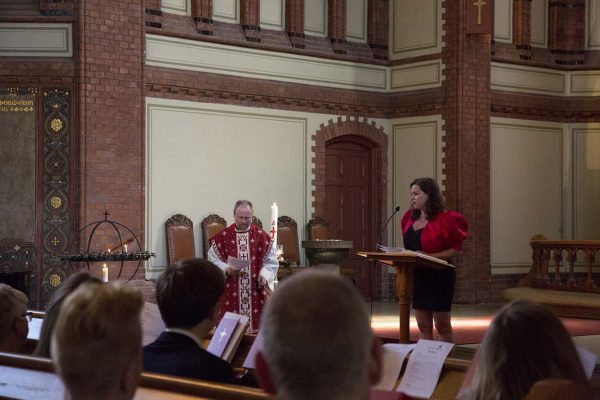 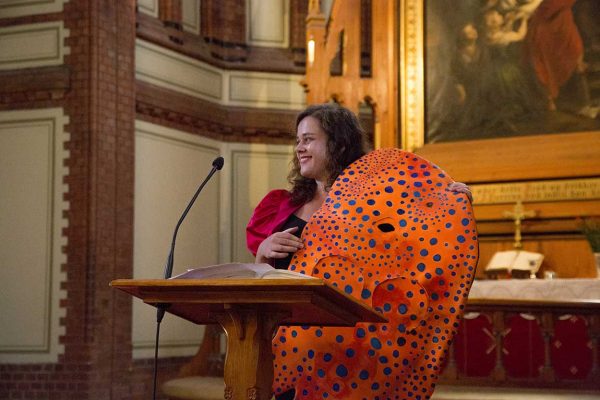 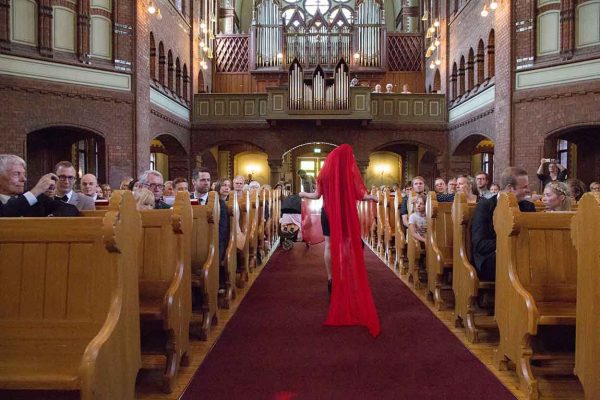 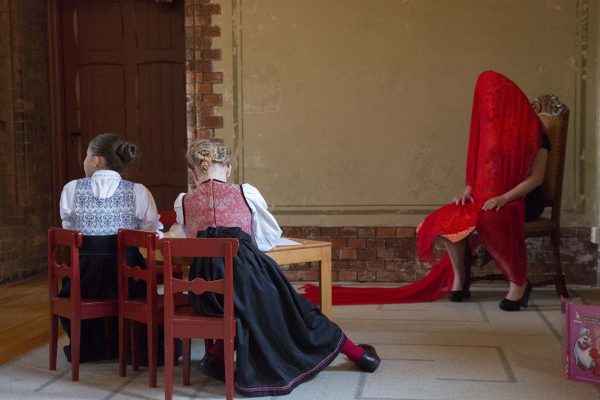