Ilmenite, Titanium and Something In Between 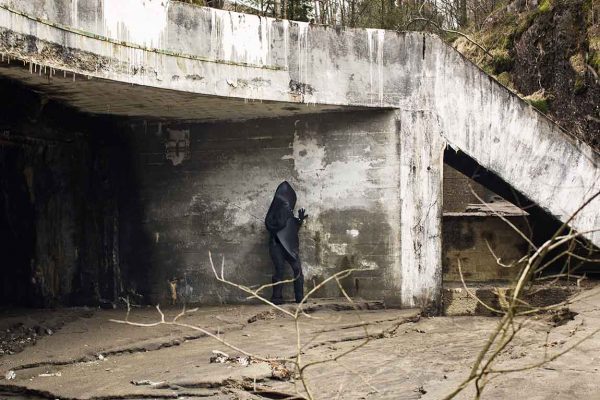 A performance at the entrance of a disused ilmenite mine which dealt with binary oppositions, exploitation of “The Other” and the process of ilmenite mining.

Ilmenite is a black rock which through a chemical process becomes titanium dioxide which is used to create the “white” in products such as paint, toothpaste and paper. Titanium is also named after the Titans- the most perfect Gods in the Ancient Greek belief system.

Beforehand, the audience were asked to create protective masks from titanium white paper and carry bags of sea salt to ward off evil spirits which may emerge from the open mine shaft. After some time, Ilmenite emerged and was promptly attacked by the audience with sea salt. Then, Ilmenite’s clothes were ripped off and Ilmenite became Titanium who proceeded to chase the audience with toothpaste.

In conclusion, Ilmenite draped itself with a grey shroud to represent a hope for an end to the binary system established in Ancient Greece. 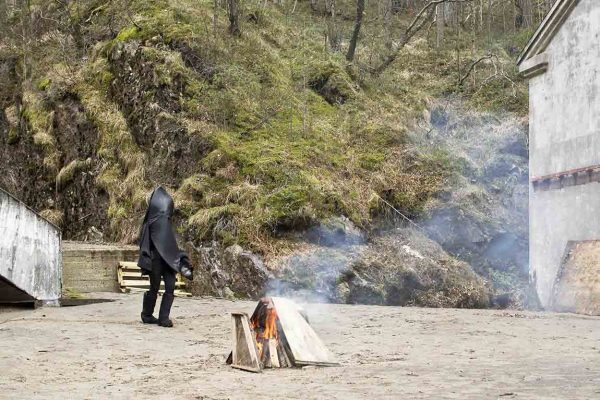 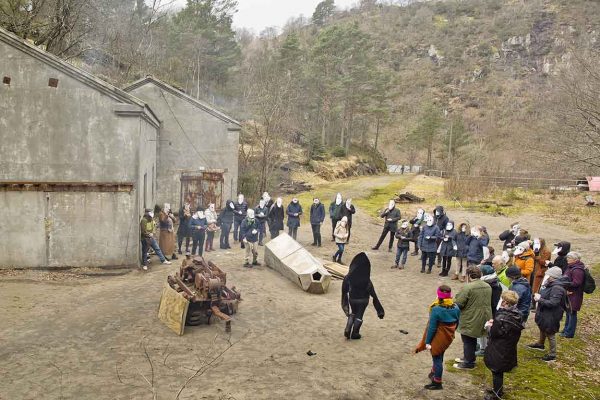 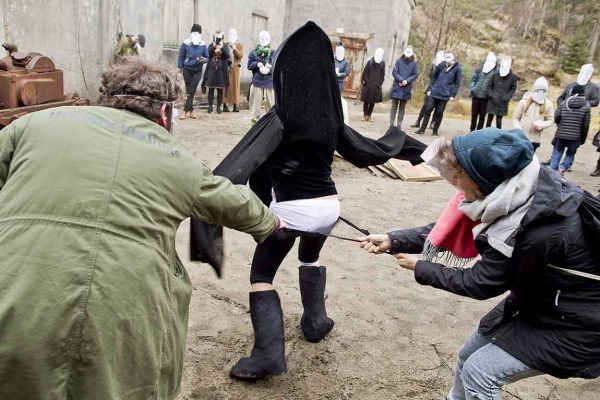 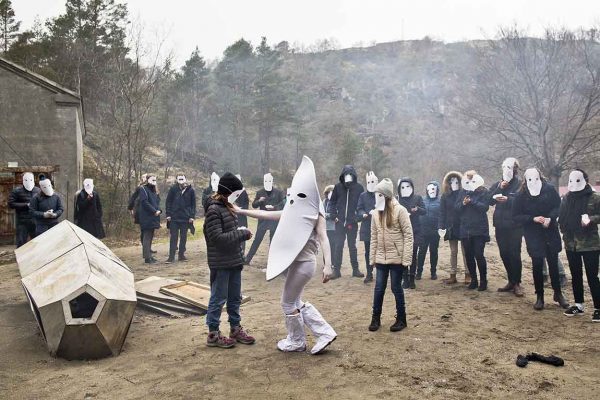 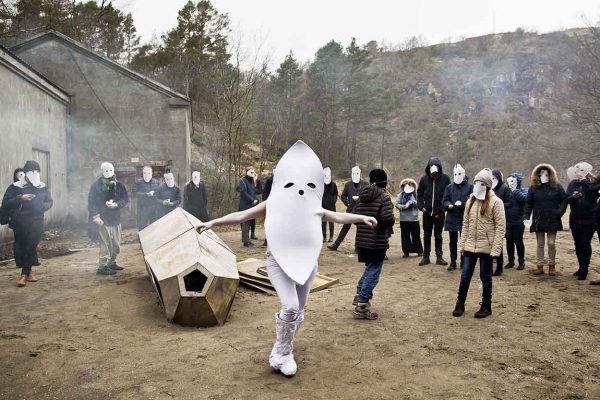 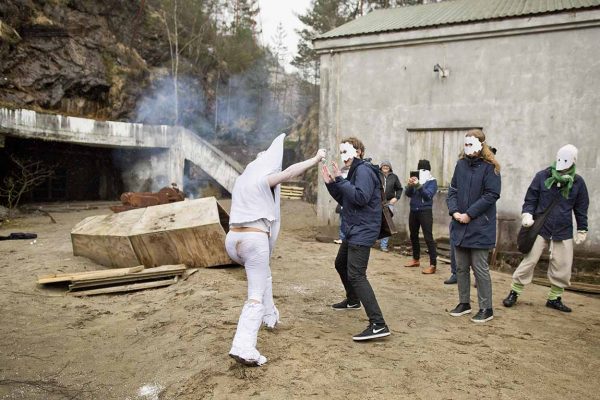 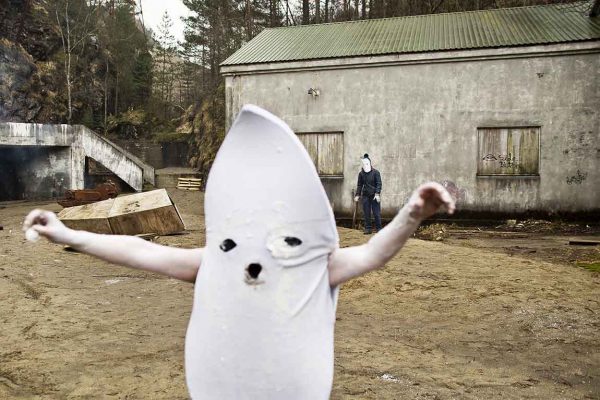 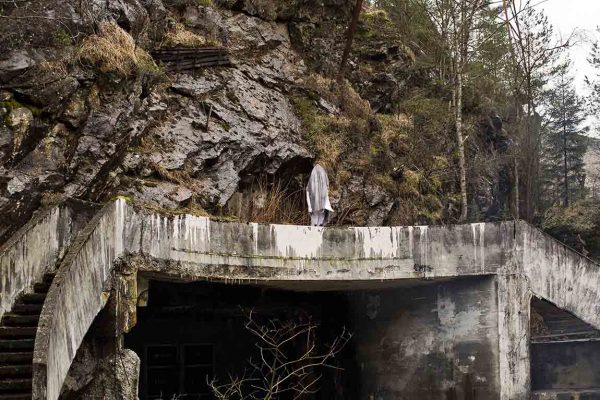