Falling Down the Stairs in A#Major

Two performances that took place at Kunstnernes Hus, Oslo in which the Coral Trout “fell” down the stairs to Beethoven’s 7th Symphony in A#Major.

In 2017, the first “Falling” took place in which the Coral Trout paraded dangerously down the main staircase inside Kunstnernes Hus with a large golden sculpture and palm tree. At the bottom of the stairs the fish ate sushi- a big fish eating little fish. About the rise of the one percent and oligarchies which is occurring alongside growing ecological precarity. 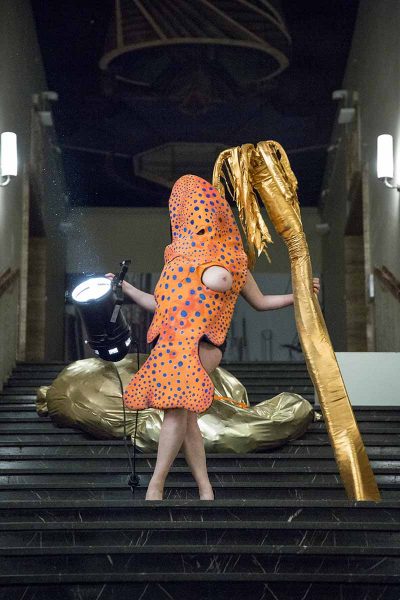 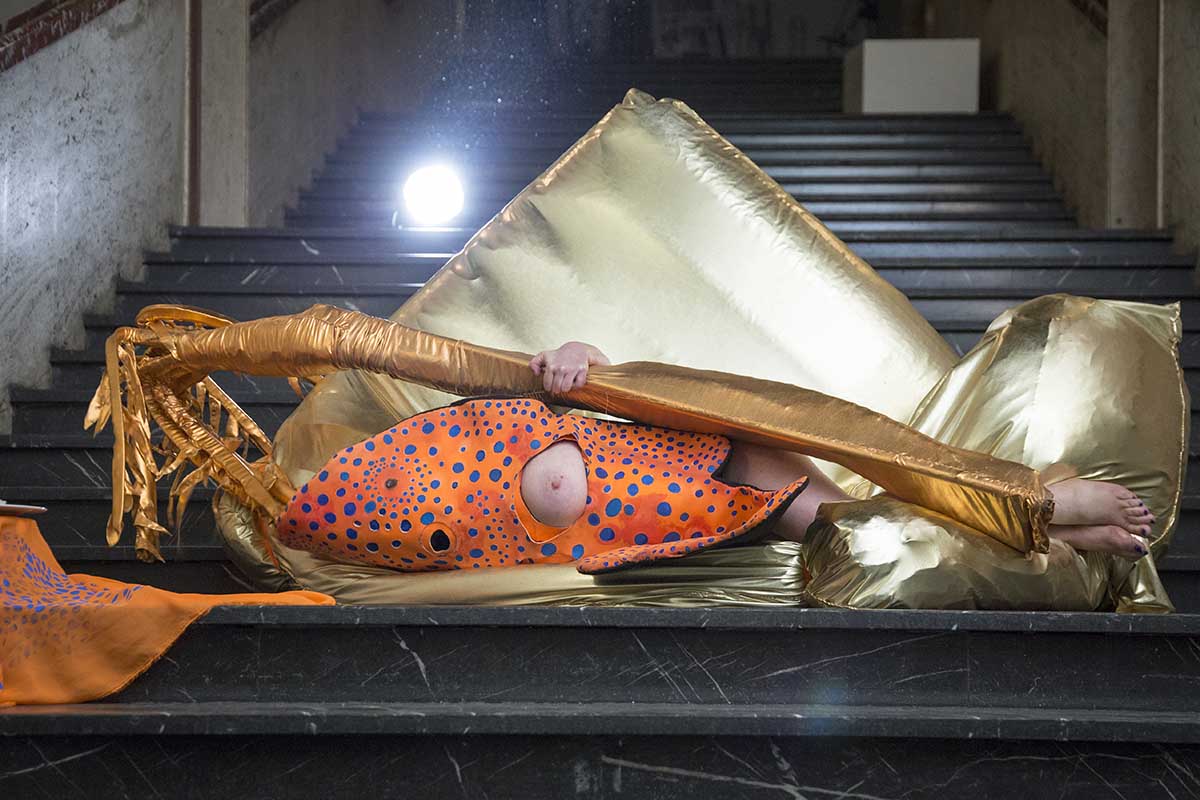 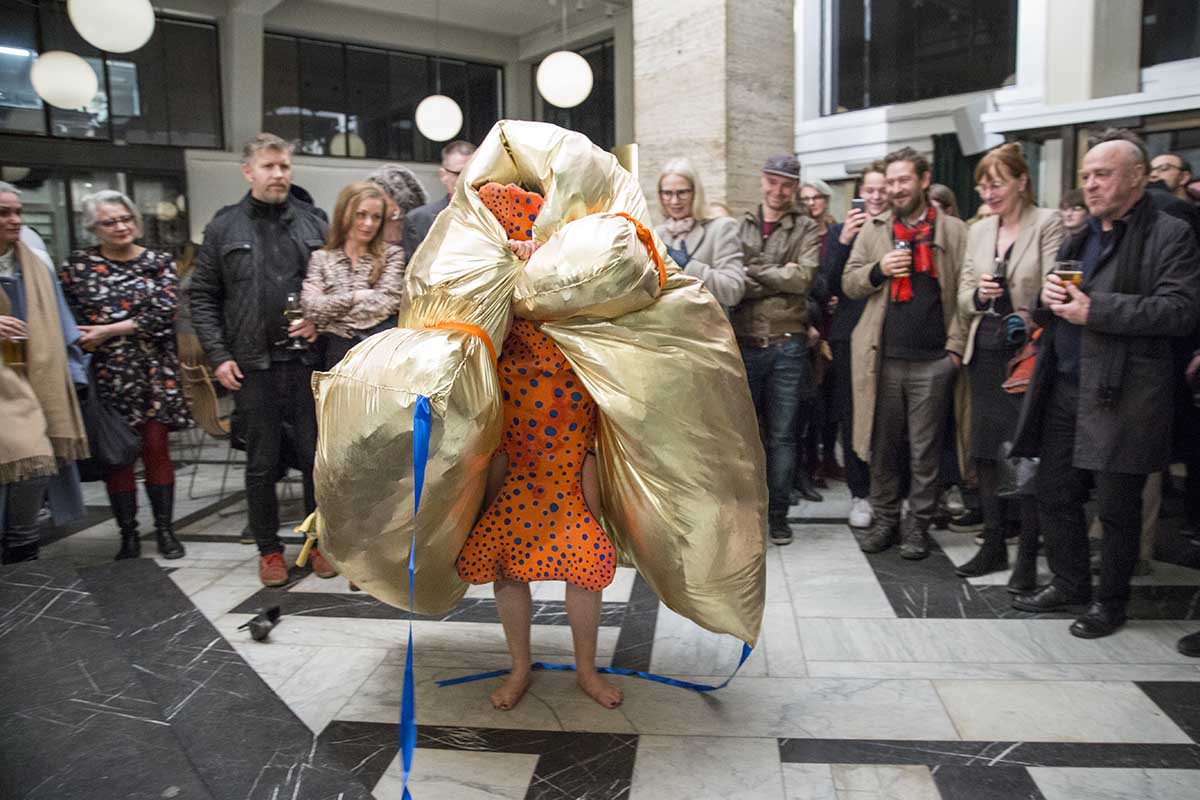 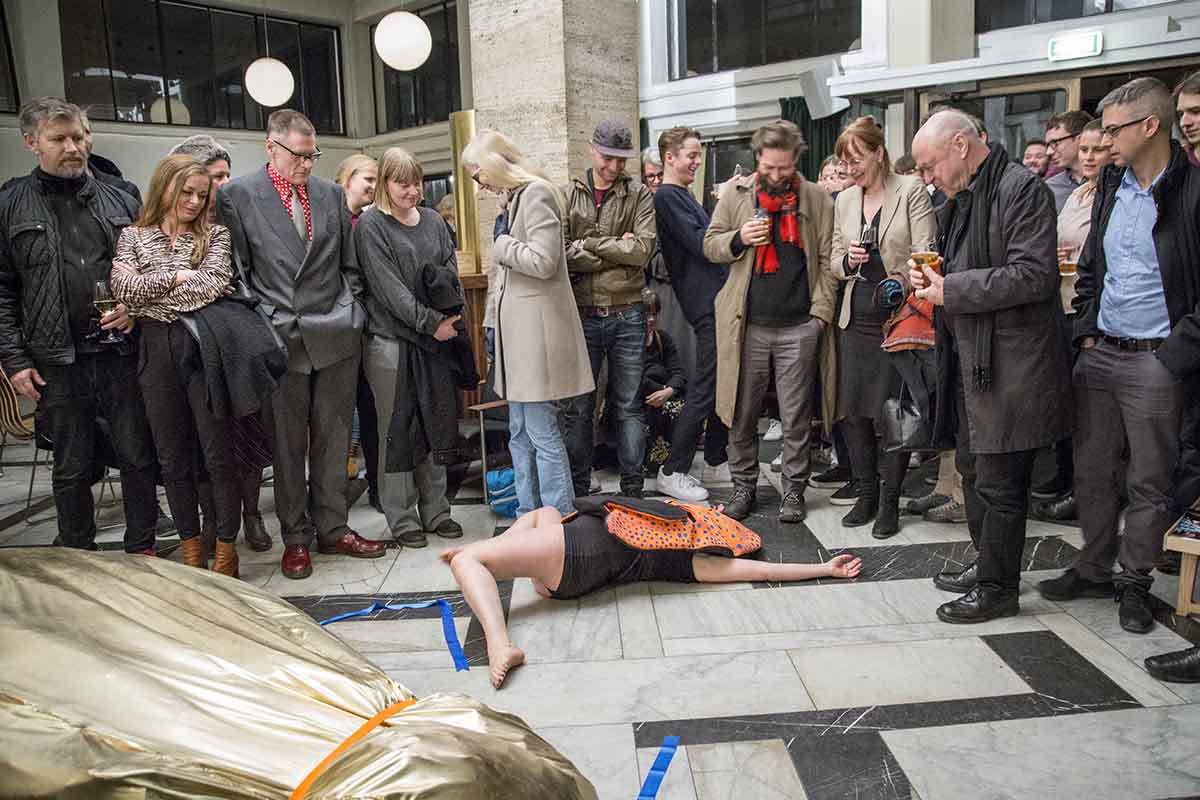 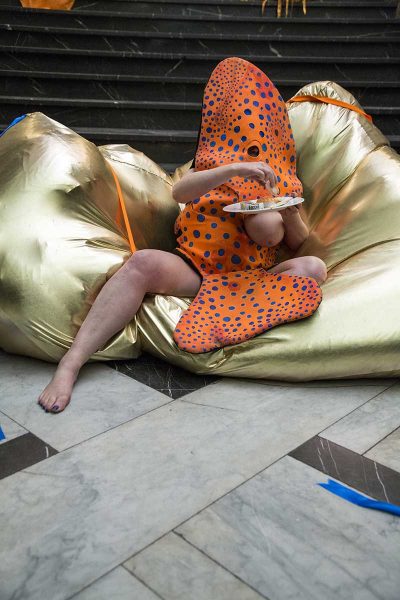 In 2020, I was invited to re-perform “Falling” for the opening of Høstutstillingen (Fall Exhibition- the biggest state organised exhibition in Norway each year), however due to Corona restrictions the performance was moved to the much smaller staircase outside Kunstnernes Hus. As a result, “Falling 2020” intervened with the whole facade of Kunstnernes Hus. The Coral Trout began by “falling” down the stairs of black vinyl mattresses symbolising the fossil fuel industry, whilst two patrons of the arts- “The One Percent” and “The Climate Crisis” measured the space with irregular measuring sticks symbolising the statistical obsessions of 2020.  The black mattresses then climbed the facade of Kunstnernes Hus dripping oily tears that transformed into water with the help of performers dressed as “Structural Change”, “ Situated Knowledge” and “Privilege”. Irregular grids also representing instability and change flowed from the awning of Kunstnernes Hus down to the audience below. Starting off as black, representing oil and later becoming blue to symbolise water, the Coral Trout transformed into Miss Liquidity as a way of adapting, transforming and being “liquid” in the future. The Coral Trout costume was hung on a giant golden hook and pulled to the roof of Kunstnernes Hus, whilst a burning rainbow lorikeet from the Australian bushfires danced to it’s death. At the end, the mattresses fell down from the facade symbolising structural collapse. 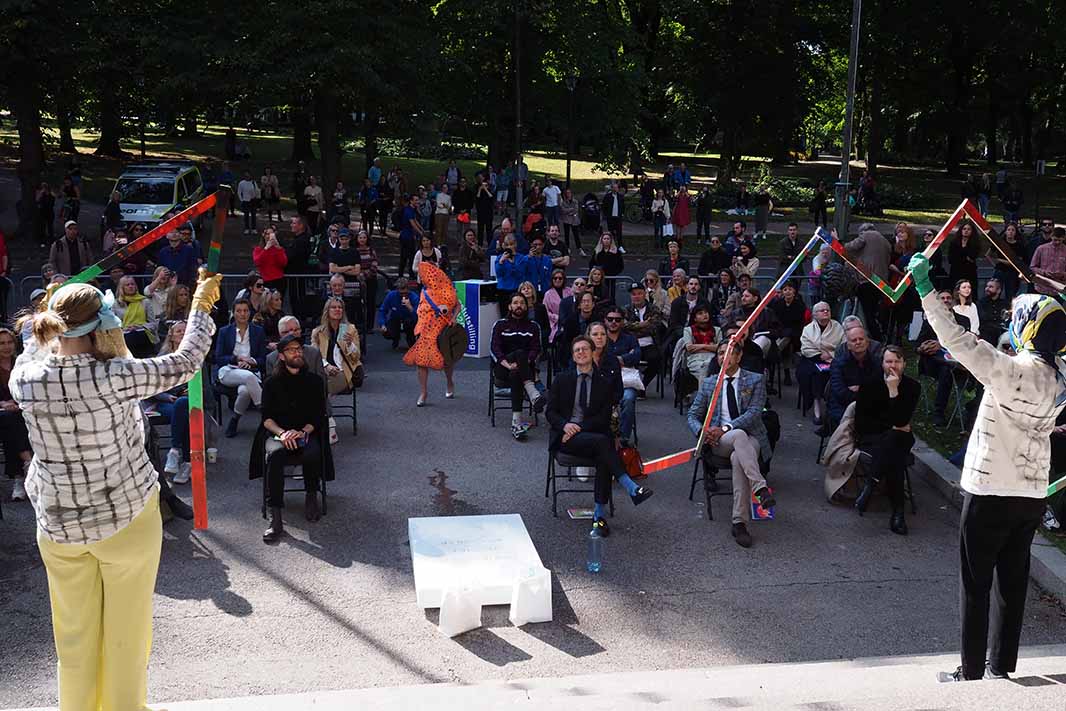 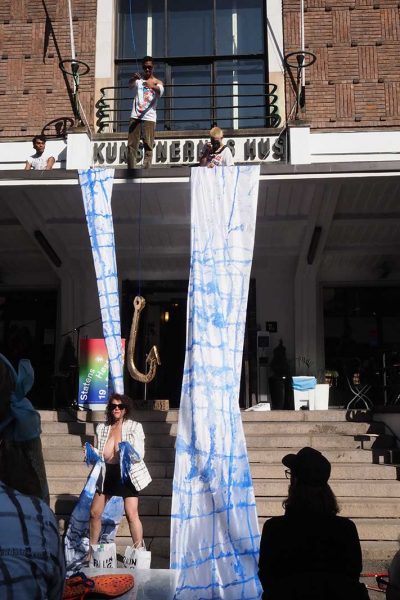 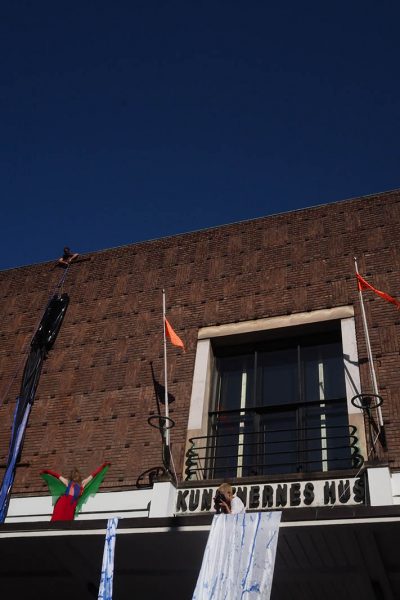